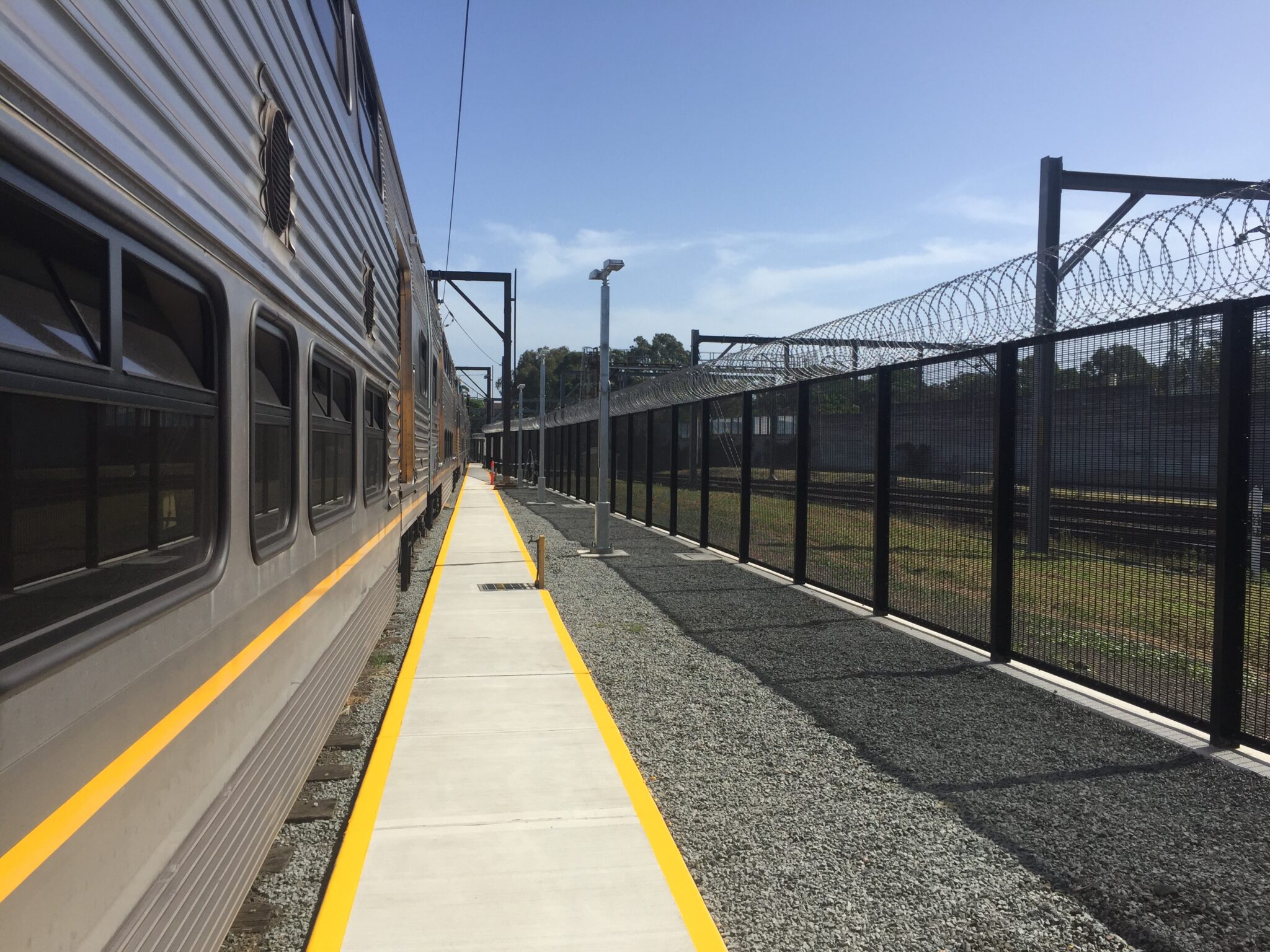 Palisade Fencing has been around for almost 100 years whilst Weld Mesh Fencing is a relative new comer to the physical perimeter protection industry only being introduced in the 1990s. However, Rigid Mesh has continued to disrupt the market place as systems have been developed and is now specified on a number of projects that would have previously been specified as Palisade Fencing.

At Australian Security Fencing we have recognised that Mesh Fencing is the way of the future and provides a much more secure fencing system than that of Palisade. How does Palisade Fencing stack up against Mesh?

What is Mesh Fencing?

Wire mesh fencing is made from steel wires which are welded together for a highly durable, strong structure. This type of fencing has become popular across a wide range of industries thanks to its adaptable and low maintenance nature, making it the perfect security application for a selection of sectors including:

Thanks to its construction, mesh fencing is ideal for protecting premises without restricting view. It ensures that all angles are in sight at all times, reducing the risk of a security breach and adding to its aesthetic appeal.

One of the main benefits of mesh fencing is its versatility, being available in a range of thicknesses, styles and finishes for a more attractive or practical security solution depending on your particular needs. Our mesh fencing can be adapted to suit a variety of different uses and is highly recognised as one of the best 358 products in the Southern Hemisphere.

What is Palisade Fencing?

Palisade Fencing, is a more traditional form of security fencing and has been around for a number of years. It is now typically considered extremely outdated across a number of industries. Palisade Fencing is usually made from iron or wooden stakes which are structured to align vertically, with no space in between. Most commonly identified by their pointed tops, designed to prevent breaches of security.

Historically, one of the benefits of palisade fencing is the cost, as the materials are considerably cheaper than steel mesh fencing. However, it is important to note that wooden or iron palisade fencing is not as long-lasting or durable, and therefore requires a lot of upkeep that can be costly over time.

Palisade fencing also lacks strength when compared to steel mesh fencing, which is one of the reasons it is slowly being used less. Most palisade fencing can be damaged or broken entirely within a matter of seconds.

Although simple and affordable, palisade fencing offers much less in the way of aesthetic appeal and can’t usually be tailored to meet custom requirements in the same way that steel mesh fencing can. Due to its construction, it can also pose a security risk as it can easily disturb visibility at certain angles.

ASF committed to keeping you safe